I am a fourth generation Sioux Falls resident. I live downtown with my wife Jenny and my two dogs. I have kids and grandkids in town and in California. I attended Augie and USD law school and became a CPA and lawyer. I then led Western Surety Company, our multigenerational family business, until we sold it.

Since then, I have stayed busy golfing, traveling, volunteering and giving. I also enjoy facilitating planning sessions for nonprofits lacking strategic plans. But mostly, I am a government reform advocate. As one of the leaders of a successful 1990s effort to modernize our city government, I witnessed firsthand the remarkable benefits resulting from the change. Our community is thriving due in no small way to the change. So now I’m hooked.

In my experience, government tends to resist the sort of continuous improvement needed for survival in business and nonprofits. That’s why I am a fan of consolidation, open primaries, ranked choice voting, local control, home rule and government modernization. I encourage the adoption of better approaches and systems for government, both election systems and structural improvements. It’s a slow, upstream process. 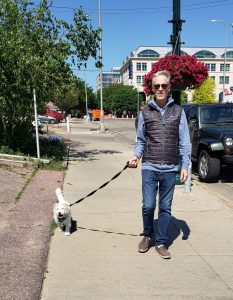