The Artist in the South Dakota Penitentiary

Frederick Henry Morse was an artist who made a career in the late 1800s painting portraits of politicians and local notables in several Midwestern states and cities. Long after putting away his brushes, he found himself in serious legal trouble in South Dakota. Which gave him time and perhaps a reason to start painting again. 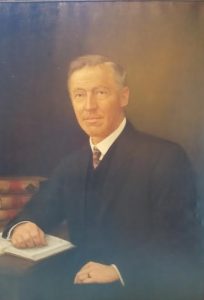 In 2012, I was setting up an office in my home and decided to retrieve from storage an old oil painting of my great grandfather that had been in the family as far back as I could remember. As I looked the portrait over, I noticed the artist’s signature “F. H. Morse 1914”. I had never heard of the artist but often wondered if he was the same one who created similar paintings of Senator Pettigrew and others I had seen over the years at local museums. 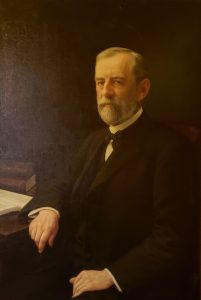 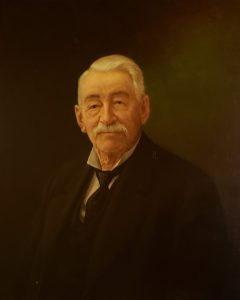 I inquired about Morse at the Old Courthouse Museum in downtown Sioux Falls and learned they too were wondering who he was. His name was on some of their early 20th century paintings. I started investigating and here’s what I learned.

Morse was born in 1859 in Wisconsin and demonstrated artistic talent as a youngster. He pursued his dream and got a formal art education in St. Louis, MO, before spending time in Chicago, New York and Europe to further his skills.

Starting in his early 20s, Morse found a way to make art profitable. He moved from place to place in the Midwest doing oil portraits for hire. When he found a new area to live, he would paint the state’s governor or other dignitary to establish his credentials. He ultimately created portraits of the governors of Iowa, Ohio, Minnesota and maybe more. 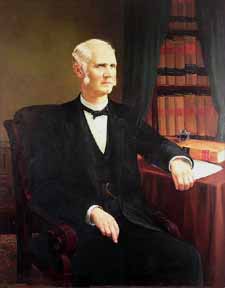 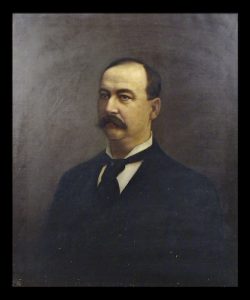 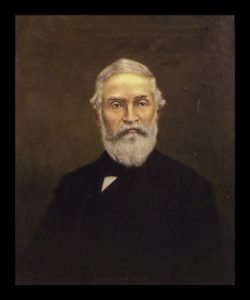 When potential customers saw the quality of his paintings, many wanted their portrait painted too. Apparently, Morse could usually make a living painting in an area for a few years and then would move on. Among his stops along the way were Minneapolis, St. Paul, Des Moines, Davenport and Cleveland.

In his early 40s, Morse gave up his painting and found other ways to make ends meet. He wandered the upper Midwest working various types of jobs, eventually landing in South Dakota in 1912 where he got married for the third time. And then his legal problems began.

In the late summer or fall of 1913, Morse bought a shotgun at a hardware store in Tyndall. The gun had a defect, so he returned the weapon to the store manager. The manager said he would send it back to the factory. But he didn’t.

Three weeks later, on October 23rd, Morse returned to the store to see if his shotgun had returned from the factory. He was disappointed to learn that the gun had not been sent in yet. He and the manager got into a heated dispute and the manager called Morse a “vile name”. Morse left the store but returned shortly afterwards with a revolver. He later claimed his intent was to get the manager to take him seriously. The manager grabbed the gun, and it went off. The bullet grazed the manager’s ribs.

Morse was in his mid-50s at the time of the shooting and reportedly made a good impression on the people he met. He was described as a mild-mannered gentleman who was never quarrelsome. Nevertheless, the incident landed him in hot water.

Morse was charged with assault with intent to kill. He was convicted, appealed, lost and was sent to the South Dakota penitentiary in Sioux Falls in late February 1915. In August, the Governor paroled Morse into the custody of Sioux Falls photographer E.C. Hanson. He then received a full pardon in December. But by then, his third marriage had ended.

While in South Dakota Morse created a wonderful group of paintings, starting with his attorney, Joe Kirby, in 1914, and two different wardens of the state penitentiary, likely in 1915. He was apparently back to his old business model, creating a new market for his paintings.

Morse painted a number of portraits in 1916, presumably for a fee. He painted South Dakota’s first US senator, Richard Pettigrew. He painted Lyman Dunning, a druggist and village of Sioux Falls trustee. He also painted politician Nyrum Phillips and Charles Howard, also a politician and one of the first businessmen in Sioux Falls. The following year he painted Pettigrew’s cousin George Pettigrew who was a successful doctor and banker. 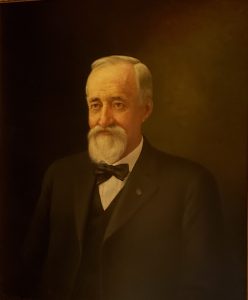 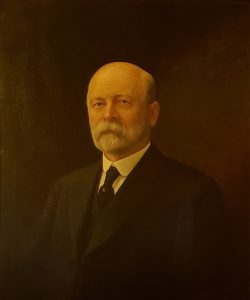 Most of those paintings are now owned by the Siouxland Heritage Museums and some are on display in the front room at the Pettigrew Museum. Inevitably, Morse quickly saturated the modest demand for portraits in South Dakota, so he moved on once again.

Time to Move On

Morse married for the fourth time in 1918 in Kansas City, MO. There is no further public record of him or any additional paintings after that.

He left behind an intriguing legacy of paintings. Seventeen are known to have survived to the present. But there may be more in private collections. As Morse said in 1917, “I have painted a number of portraits of governors, etc. but my best portraits are owned by private people.”